Last night, I glared at my keyboard while characters once again clamored in my head and thought about my failures.

I'm a schedule person. Take away my schedule and I'll either work straight through 10 hours with zero breaks or completely forget everything I needed to get done.

I schedule daily Twitter time, Wattpad interactions, laundry day, dog walks, and even early voting. Any.do is my best friend. Pantsting is against my nature.

I knew this and tried anyway. That year I wrote all of 4,003 words because I can't function without a plan.

I started with a plan. From November 1 through November 16, I exceeded my daily writing goals. Then

Yes, I literally wrote that.

But I fell in love with the world and started outlining a new novel-length story with a different main character, First Apprentice.

Kristle falls on her knees and gives you the puppy eyes. Please read. It's free!

It crept in like a thief in the night, shattered my plotting buddy into a million pieces, and stole her away shard by shard.

As catastrophic as Mema's disease was to our family, we were lucky. She passed away before the dementia entered the advanced stages. She still played cards, loved long walks (in her wheelchair by then), and enjoyed her ketchup addiction.

I don't regret failing that nano. She was more important.

I passed! Then I made a major mistake. I read my story, first page to last. That story stunk worse than a week-old skunk carcass crawling with magots.  It was so epically bad that if there's a contest for the worst NaNoWriMo novel, it would beat the guy who wrote "the" 50,000 times. At least his makes sense.

I burned that manuscript. Printed it out, took it outside, stuffed the incoherent mess in the burn barrel, lit a match, and tossed it in. If anyone tells you I danced around the burning disaster, I challenge them to prove it.

I yanked out the few ideas I wanted to keep and started the outline for next year. I started rewriting it a few months later and never finished.

For me, fiction writing is an escape.

A near future sci-fi where 90% of the population died from a genetically engineered super bug and the MC openly committed crimes against humanity while researching the cure will always be depressing. Since the backstory wasn't sufficiently depressing, the entire plot centered around his trial.

So what have I learned?

Wishing you all the best for NaNoWriMo 2017! I'll see you on the other side.

This year's goal: remember to update my NaNoWriMo progress. Out of 7 tries, I've only done this once. 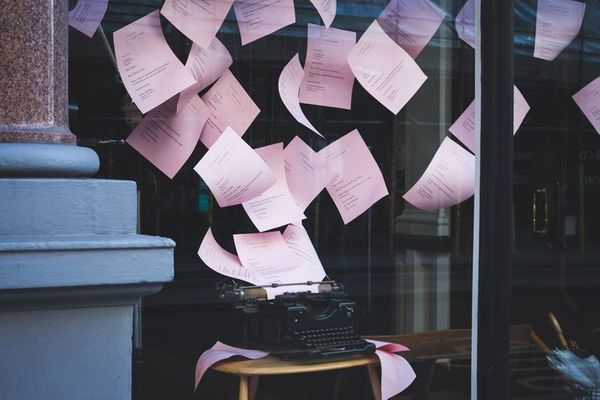 Wattpad launched in December 2006. That's four years after fanfiction.net’s great NC-17 Purge of 2002 and six years before the follow-up Purge of 2012.